I was really looking forward to getting to Southern Africa.  I’m now into my second year of traveling the continent and so far I haven’t been any further south than Lusaka, Zambia.

Both these small countries are somewhat out of the way but fortunately they’re situated only a few hours drive from each other.  I plan to spent some time in both countries prior to spending about three weeks exploring South Africa, eventually ending up in Cape Town, where I’ll start one of the World’s great drives from Cape Town to Alexandria, Egypt.   The twelve thousand kilometer journey north to the Mediterranean travelling the full length of the continent by road should take about six months.

In many ways Swazi and Lesotho are very similar. Both are ruled by a king and have South Africa as their main trading partner.  Unfortunately both countries suffer from extreme poverty, extremely high levels of HIV and an average life expectancy of just 50 years. Crime rates are also high, as is their uncontrollable murder rate, which places both countries as no. 7 and No. 8 in the world for homicides per head of population.

Geographically they’re completely different. The Kingdom of Swaziland is at sea level with a subtropical climate and covered in horizon to horizon sugarcane, with some smallish mountains and some good game reserves.  Lesotho is known as ‘The Mountain Kingdom.”

There is one word that sums up Lesotho ……. Spectacular!

I arrived in Lesotho on a clear crisp sunny Autumn day and immediately thought I’d taken a wrong turn and arrived in Tibet.

Snow covered hills, high altitude plateaus, deep valleys and breath taking mountain scenery is what Lesotho is all about. The entire country sits on top of a plateau and is the only independent country in the world that lies entirely above 1,000 metres (3,281 ft) in elevation, with an average height of 2,161m.

After a quick stop at the highest pub in Africa we continued across the countryside on a amazing new Chinese built road, which every African country seems to have one of these days.  The new tarred highway continued even higher until we reached over 3200m at Black Mountain.  Which I think is the highest tarred road in Africa.

My obvious question was why would China want to spend ten’s of millions of dollars on a highway to know where, across a plateau sparsely inhabited by a few traditional nomadic Basotho shepherds?  The answer: The Chinese had recently discovered large deposits of Cobalt in the area which is used in high tech products.

There were more things to see and do in Lesotho, such as their ski resort which is one of only two in Africa. There are also some nice forests and waterfalls but like the skiing, I was there at the wrong time of year.

I drove out of Lesotho with one thing on my mind, “I should have stayed longer.”

Recently King Mswati III rocked up to the country’s Independence Day celebrations, which was also his birthday,  in his new top of the line BMW with his thirteen wives in tow and announced he was changing the name of the country to eSwatini, which means, ‘land of the Swazis’.  Which is kinda like Swaziland but different ?? 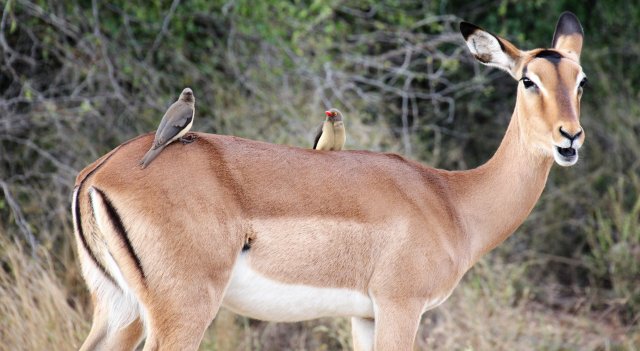 I crossed into Swaziland through the Mananga border crossing in the north of the country through what, after twenty two African countries, fourteen of which have been road borders, was the smoothest border crossing thus far. There was none of the usual lazy, corrupt, incompetence, no fixers necessary, no bribes or endless waiting and no vehicle searches. Just polite, professional, friendly and efficient staff.

Compared to entering Nigeria by road or five hours crossing from Angola to the DRC (Congo) and six hours from Senegal to Mauritania, it was a breeze. Congratulations eSwatini and Lesotho borders. Why can’t every African country be this efficient?

Maybe my view of African road borders is a bit skewed as I haven’t been to the tourist countries, like South Africa, Namibia, Botswana or Zimbabwe yet.

Heading south through miles of sugarcane fields, some of which were being harvested by hand, we reached the Mbuluzi Private Game Reserve and booked in for a two night stay. Mbuluzi’s game is Giraffe, Impala, Wildebeest (Gnu), Kudu, Nyala and a few others that are equally not likely to want to eat you. It’s a relief to stay in a game reserve in Africa without, Lions, Hyenas, Leopards or Elephants and a real pleasure to walk or mountain bike around without and armed guard.

I spent the next couple of days in the reserve, doing a couple of walks and sitting out half a day of rain.

After a couple of days it was time to head across the border to my next country, South Africa.

3 Comments on “Lesotho and Swaziland”